When I am not lugging camera equipment around the more remote parts of Norfolk and Suffolk I often ask myself why on earth am I spending so much of my time shooting a film which only a handful of people will  see.  Then, in my quieter moments I try to figure out  what drove me to start out on this film odyssey in the first place.

Somewhere in the sunlit uplands of my memory I recall my early years in a little village in west Norfolk.
One night in April 1942 the Luftwaffe destroyed our family home in Norwich just a few weeks before I was born. 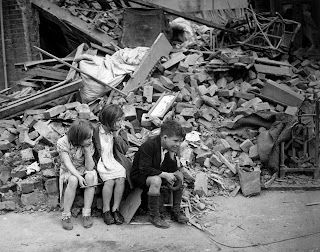 We were evacuated to the sanctuary of the rolling farmland of west Norfolk where a kindly old couple took us in.  The old couple became my adopted "Nanny and Grandpa Rawlings"  My newly acquired  grandparents were good old Norfolk stock.  "Grandpa" was a big man and as strong as an ox but had a gentle demeanor .  "Nanny" was a slightly built woman with an air of understated independence.  They did not have very much but were contented and quite happy to share what little they had.

I guess we didn't take up too much room as most of my parents possessions had been destroyed along with the greater part of the house.  This was just as well as the new home we shared with the Rawlings was a tiny terraced cottage with just two small bedrooms.   The front door of the cottage stepped down off the main street onto the stone floor of the parlour.  The parlour was small but uncluttered apart for a modest collection of  Edwardian china ornaments.  An enormous oil lamp occupied pride of place on a plain, unvarnished, wooden table.  Two wooden chairs with crocheted cushions faced an open fireplace.  On one side of the fireplace a huge soot encrusted  kettle was in perpetual steam.
The tiny scullery had stone floors with a coal or wood fired boiler in the corner.  Water was pumped into the cottage by means of a hand operated pump mounted beside a shallow stone sink.  This was quite a convenience compared to many families who had to carry buckets to and from the village pump. 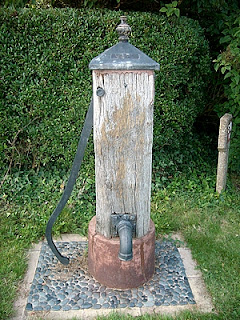 Behind the cottage was a long vegetable garden with row upon row of green produce.  At the end of the garden, surrounded by stinging nettles, was the thunder box  (WC).
Stone floors, Oil lamps, a wall oven and chamber pots were more than enough for all our daily needs.

Eventually Dad was able to rent a small cottage behind the village bakery and for the next few years we were awakened to the smell of fresh bread every morning.

Some time after the war had ended we moved back to Norwich. The old house had been repaired with different coloured bricks to the originals.  Red rustics at the front and cheap War Damage "Flettons" at the back.  But we did have the luxury of running water at the turn of a tap, electric lights and flush a toilet, even if it was outside.
In our oddly coloured house I spent the remainder of my childhood.   Along with the other urchins from the neighbourhood I proudly shared ownership of the "bombed site" at the bottom of our garden.  The remains of the "bombed out" cottages provided an endless source of material to build dens and light fires.

In subsequent years we made regular visits to see "Nanny Rawlings" in the little cottage we had once called home.   We did not have a motor car so we travelled by steam train on the old M&GN line. 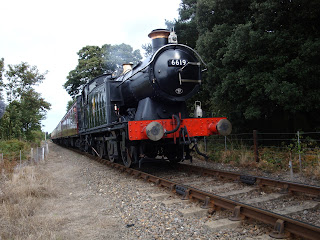 Passing  horse- drawn sail binders in the harvest fields and row upon row of wheat sheaves lining the golden stubble in perfect symmetry.
Standing guard over freshly sown acres were sad, lonely old scarecrows dressed in farm labourers "cast offs" and condemned to a  life of solitude.
Heavily laden trees lined the orchards while herds of cattle and flocks of sheep grazed contentedly in the meadows.  An endless stream of these rustic images drifted past the carriage window shrouded in wispy steam.   It was like travelling back in time but those images became indelibly etched in my memory. 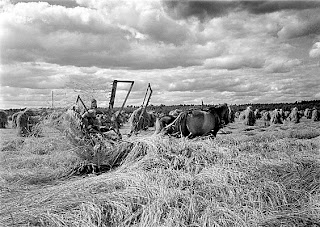 Sadly progress is a fearsome animal with a voracious appetite, it devours the years without regret or conscience.  Then one day we realise that the people and things we once knew and loved are gone, and sadly, we hardly notice their passing.  I suspect this is the reason  I embarked on this film odyssey.

To watch "My Norfolk Year" video.
http://www.youtube.com/watch?v=4y_Ova5fHNE&feature=plcp
Posted by Jonno at 08:56 No comments: 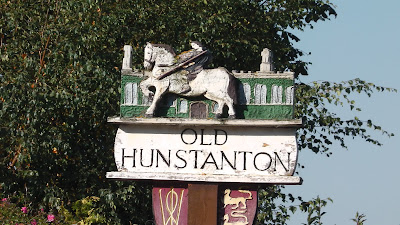 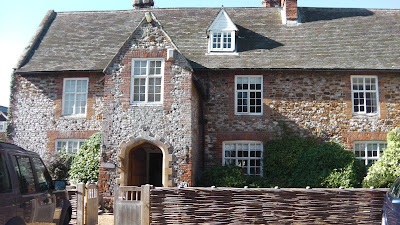 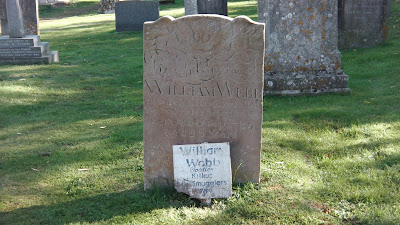 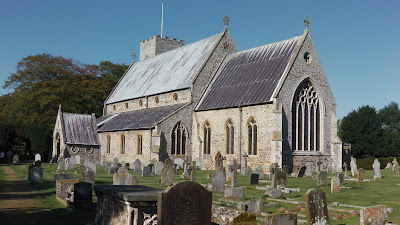