Cygnets Take to the Water.


In mid May a pair of young swans built a nest on one of Norfolk's more remote waterways.  For six weeks the Pen sat on the nest including a scorching hot spell in June.  Along with several others I kept watch over the pair in the hope there might be youngsters.  As the pen is a young bird there were no gaurantees there would be a sucessful outcome - it was simply watch and wait.


On my twice weekly visits to the area my first stop was always the swan's nest in the hope there would be something to film.   Several weeks went by without any significant change apart from the cob letting me know he had his eye on me. This was demonstrated from time to time with some slightly menacing hisses followed by some extravagant wing flapping.

On Monday June 23rd I made an extra trip to the nest site - Surprise! Surprise! there was a group of five fluffy little chicks inspecting the nest. 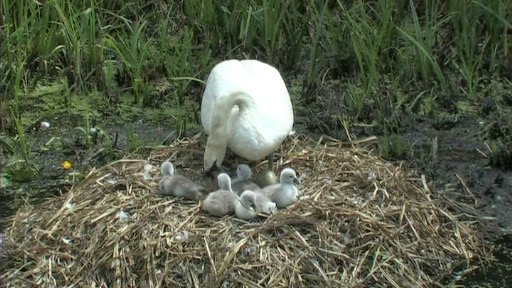 Mum gently turned the one remaining egg while the five cygnets squeaked continuously as they surveyed  the strange world they found themselves in.  It was sheer luck that I had arrived when I did, even better I was just in time to film the chicks entering the water for the first time. 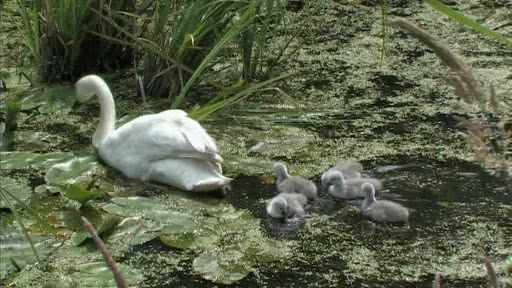 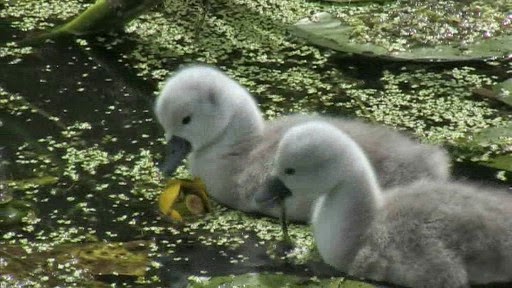 At the time of writing the chicks are just two weeks old and seem to be doing okay.  There are dangerous times ahead for them. An RSPB survey states that only half the cygnets born reach maturity, predators and pollution account for most of the fatalities. The chicks are on a secluded, private stretch of water and I believe they are relatively safe from human interference. Even so I have chosen not to disclose their exact location as I have long since lost my faith in many kinds of human behaviour.

To see a video of the cygnets please click the link below.
https://www.youtube.com/watch?v=SczVJ2UJf1Y