A definite bonus for shooting sunrises around Norfolk and Suffolk is to simply experience the views and to absorb the sounds and  fragrances of an early morning. 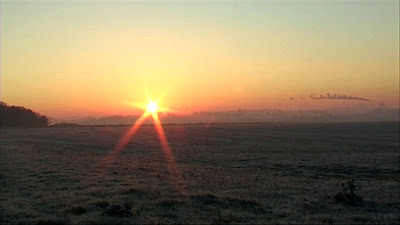 Add a crisp frost to the golden mix, even the cold air nipping at my fingers cannot spoil such a morning.  Without a living soul for miles, surrounded only by solitude and the sounds of nature.  Through the of eye of my camera I capture the atmosphere enshrined in the brittle light. 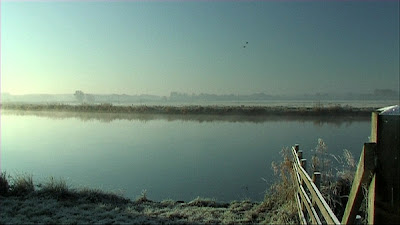 It is 6.30 am and I have been out for an hour, carrying twenty six pounds of equipment across Buckenham marshes.   The sky is filled with the cries of a thousand geese, but the air is still,  without a murmer of a breeze.   The reeds stand upright,  there are no ripples on the water.  If you desire tranquility and perfect peace then it is here. 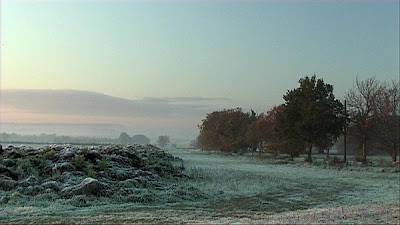 As enchanting as the landscape is - there is work to be done.  The purpose of the early start is to re-create the notion of a  bygone age, a time when my great grand parents were children.   A time before telephones, computers, electricity, railways and motor cars.   In our time of plenty it is difficult to fully comprehend how difficult life was in old Norfolk.    There are very few visual reminders of  Norfolk's labouring classes apart from those found in museums.  Proof that they only took as much as they needed which was never quite enough and they left the landscape almost as they found it.   There are a few places that have escaped the onslaught of this modern age and remain relatively unchanged, they are the wetlands and marshes.  Not as wild or desolate as they once were, but still remote enough to spur the imagination to connect with a time long gone.  A time when Eel-catchers and Reed-cutters sustained large families in tiny isolated cottages.   A time when Wildfowlers paddled silently on the inland waterways and estuaries and a time when wherries glided across the rivers and broads, carrying the needs for everyday living. 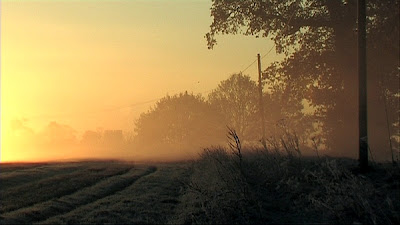 Researching my family history has uncovered  farm labourers, horsemen and wherrymen.  With exception of the wherrymen, none of them probably set foot outside Norfolk in their lifetime.  They would rise with the sun and work until nightfall.  There was no unemployment benefit for them, only the workhouse.   There was no rest in retirement, they worked until age robbed them of their strength.    My life is easy by comparison, yet out on the marsh  I can share  the same sights and sounds they experienced all those years ago.   It is a bridge across time and sets the opening of the film in context.  A documentary of life and legend in and around the East Anglian waterways. 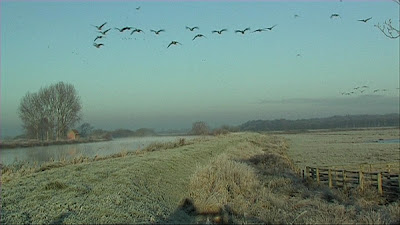 It has been a good shoot.  As I retrace my steps across the marsh skeins of wild geese pass noisily above me. The frosted meadow grass crunches gently beneath me.  I am cold but very pleased with my mornings work.   I have captured a wonderful Norfolk sunrise. 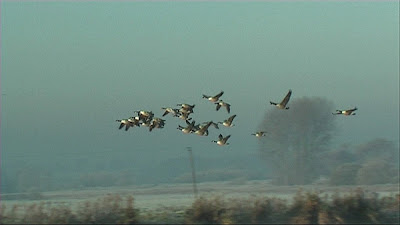