The mist swirled off the river by Carrow Bridge masking the gas lights along King Street on the Norwich waterfront.  A yellow light spilled from the window of the public bar of the "Cinder Ovens" tavern.   Pipe smoke drifted in thick layers above  the wherrymen who supped their ale and exchanged yarns.
Behind the "Cinder Ovens" was a coal yard where the wherries "Bessie" and the "Robert and Emma" were moored.
That was 1881. 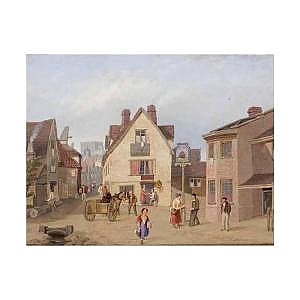 I don't know if this is the source of my interest in wherries and waterways for I have never owned a boat, or learned to sail.  But for some obscure reason I am driven to create a film record of the East Anglian waterways and their history.
As a child I listened to stories retold by my (Great) maiden aunts over endless Sunday  teas at their little terraced cottage.  Stories about wherries and the boatmen of Carrow.   I did not know it at the time but  most of the  facts were hopelessly muddled,  particularly the accounts from (Great) aunt Bessie.   Aunt Bessie was a wise and worldly "Victorian" lady. She had a glass eye and enjoyed her jug of stout every day. One of the high spots of my young life  (I guess I was about 8 or 9) was the day she entrusted me with collecting her stout from the "snug" of the "Bull".
The white ceramic jug, which held four gills, would be strategically placed on the mahogany dining table in the parlour.  Beneath the stuttering gas lamps the grown-ups played Newmarket or Napoleon for pennies, while the young'uns watched.   Aunt Bessie would study her cards and sup her stout,  maybe she was concentrating on the cards rather than the stories, or maybe it was the stout. Whatever the reason she was constantly being corrected or contradicted by her sisters.   In spite of the inaccuracies great aunt Bessie told of the family connections with wherries and various other boats at Carrow.    It was only years later when I studied our family history that I was able to unscramble some of  the facts.

My Great, Great Grandfather, Robert Hipperson was the landlord of the "Cinder Ovens" from 1868 until his death in 1886, (Cinder ovens were kilns  that burned coal dust swept from the cargo holds of wherries and colliers to make coke for the malthouses.) he also owned the coal yard and both wherries.   He named the "Robert and Emma" after two of his children -  Emma was my Great Grandmother.
Great Great Grandfather Robert hired skippers to bring coal from Yarmouth to his yard in Norwich.  I was told that  wherries would be beached  beside the colliers on Yarmouth beach and the coal transferred  before the tide turned and the wherries refloated.  I have no idea if this is true or even possible.

Robert operated two 37 tonners, a round trip to Great Yarmouth would take about two days if the wind and tide were in their favour.  That would be a lot of coal to sell from his horse drawn coal carts that operated around King Street and Magdalen Street.  I think it is safe to assume that he would also have supplied coal to some of the factories on the upper reaches of the Wensum for their steam power and possibly the new gas works by Bishop bridge. 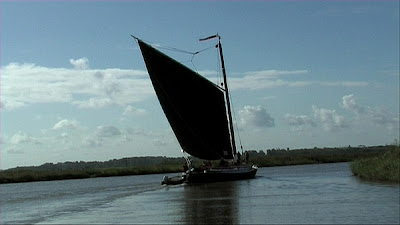 Cargoes of "Shruff" (oak sawdust) from the Norwich sawmills were often carried on return trips to Great Yarmouth.   Tons of  "Shruff" were burned in the Yarmouth smoke houses to smoke Kippers and the famous Yarmouth Bloaters.  Sometimes they brought sand from Great Yarmouth instead of coal.  In those days there were no carpets or linoleum, sand was used on the stone floors of most taverns and private houses.  Robert sold sand from his yard at the rear of "Cinder Ovens".  A ha'porth (a halfpenny) would buy enough for an average week's supply for most houses.

Robert was a self made man.  Born the son of a Brickmaker in 1828, he worked as a labourer at Carrow.  He became a wherry skipper by the time he was twenty-nine.    How he managed to acquire enough money to start his own business is a mystery.  Wherrymen did not earn a great deal of money and  his father died in Swainsthorpe workhouse so there was no inheritance.

Robert was a hard, uncompromising Victorian.  This was demonstrated  by an incident that ended at the law courts.  One of his carters was drinking in "The Tiger" tavern with the proceeds from the coal sales.  When Robert heard this he went to the tavern collected his horse and cart and sent for the local constable.  The carter was arrested and charged.
Robert died in1886, aged 56, his wife Isabella, my great, great grandmother, took over the pub and the business.   The "Robert and Emma" was sold to the Yarmouth coal merchants Bessey and Palmer, I believe she was eventually de-masted and used as a coal barge.    Robert was the last registered owner of the "Bessie" but I have no idea what happened to her after his death.  "Bessie" was probably sunk in some remote dyke and left to rot which was the fate of many old "traders" at the turn of the 20th century.

My  Great, Great, Great Grandfather  William Lefevre lived in the "waterman's" quarter of King Street, Norwich.  He  owned the  wherries "Fortitude" and "Endeavour" in 1795.
The"Fortitude"  was a small 17 tonner while the "Endeavour" was a 37 tonner.  The ""Fortitude was advertised for sale or lease in 1782 as a "hatched" wherry, not all all wherries were"hatched" at this time.
William, like Robert, was also a coal merchant as well as a wherryman.
All Robert and William's vessels are recorded in the book  "Black Sailed Traders". 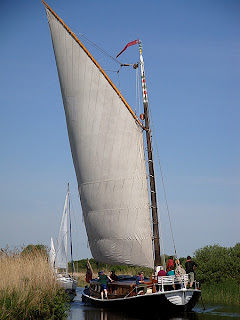 Now several generations on I am following in the wake of the surviving wherries with my camera, it seems some things never change.   I have already learned that "wherry-time" still applies.  I guess it came about many years ago when wherrymen were governed by wind and tide rather than any clock.   I have literally waited for hours to shoot a few seconds of  "Hathor" "Albion" and most recently "Maud".  I have been  roasted by the midday sun, drenched by summer storms and buffeted by gales while waiting for wherries to show.   The great gaff rig and pennant  visible for miles across the flat Norfolk countryside.  Heading first in one direction and then another never seeming to be getting any closer.  Then suddenly they appear and almost as quickly they are past and gone like spirits from another age.  My reward a few more seconds of precious film. 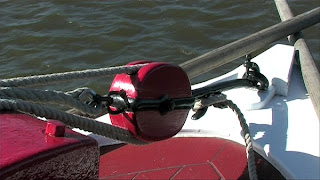