One hundred years ago  forecasting the weather relied,  for the most part, on reading cloud formations  and watching the behaviour of wild creatures.  This method was not an exact science and the weather could, and did, spring some nasty surprises. This happened on August 26th 1912 when it rained for three days and three nights.  Rain of biblical proportions fell over Norfolk - in those three days bridges on the Aylsham Navigation were washed away and locks were destroyed by torrents of flood water.    In just a few hours the days of the wherries on the Upper Bure were gone forever, and with them one hundred and thirty years of  custom and tradition. 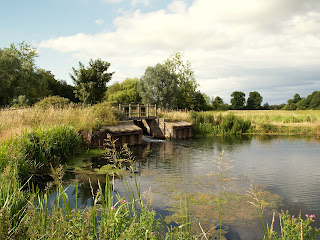 Oxnead Lock
It is ironic that in this centenary year of the great flood we are already facing water restrictions because of drought conditions persisting in East Anglia.   Knowing how "Mother Nature" has a way of balancing things when it is needed  - are we going to experience an extra wet spring or summer?
Could history be about  to repeat itself?

For the last ten months I have been working on a film for the Bure Navigation Conservation Trust.  The newly formed trust are commemorating the great flood of  1912 on August 26th this year.   It was only when I began to research the film that I discovered an absolute treasure trove of  local history.   Along this nine and a half miles of picturesque waterway between Horstead and Aylsham, are five historic watermills and a pair Tudor manor houses. 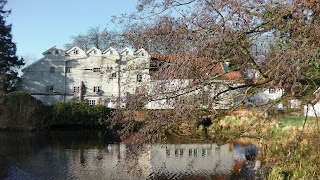 Burgh Mill
There are four churches on the  banks of the river - one of them, St Theobald, a sad old ruin that stands abandoned in an atmosphere of gloom and melancholy.
Between Buxton and Oxnead the waterway flows silently past the forgotten resting places of Anna Sewell - author of "Black Beauty",  Walter Rye and Sir Clement Paston. 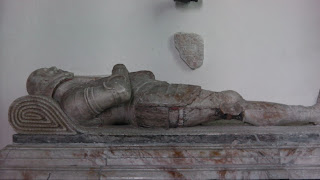 Sir Clement Paston
Running alongside parts of the navigation are the remains of the old M&GN railway line. A cast iron bridge, built in 1879, straddles the river at Buxton.   The line is now operated by the Bure Valley Railway.

Not only does the Upper Bure have a long and distinguished history,  it is thriving in these modern times.  Deer roam through it's woodland and Cattle graze in it's pastures.  Pike lie in deadly silence among it's reeds and Trout spawn in it's gravel shallows.  The Bure Navigation Trust is dedicated to protecting the river and making it more accessible to the public.  The old navigation is a unique place of  peace and tranquillity  - a legacy of the flood of 1912. 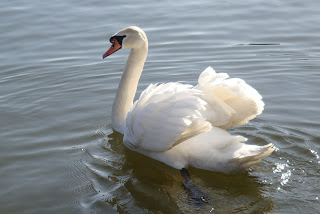 For more information about the Aylsham navigation and centenary events visit their website.
http://aylsham-navigation.norfolkparishes.gov.uk/